This last weekend in May marks a turning point in frontier space history. A private company is now providing a “taxi service” to transport astronauts to the International Space Station. SpaceX has successfully delivered 2 astronauts to the International space station. I hope you were all glued to the live NASA news feeds over the weekend watching this significant event unfold. Sole dependence on the ageing Russian Soyuz capsules launching from Kazakhstan system is now a thing of the past

Here is what Stuart Atkinson had to say

The launch of the first crewed (and it is “crewed”, not “manned”; NASA stopped using that term years ago) SpaceX Dragon capsule to the International Space Station last weekend was both a technological triumph and a fascinating combination of amazing technology and Hollywood hype. Although it will never take the place in my heart left by the sleek Space Shuttle orbiters, with its shiny white hull, its glowing blue, swinging touchscreens and its roomy cabin the Dragon capsule is a thing of beauty, and comparing it to the Soyuz capsules US astronauts have been flying in since Shuttle was retired is like comparing a Formula 1 Ferrari to Del Boy’s ride. Although it might look like a pimped-up version of the old Apollo capsules – and comes back to Earth in the same way, splashing down in the ocean beneath a trio of red and white parachutes – it is much more than that. Make no mistake, the Crew Dragon is a proper spacecraft. The future is here, and it doesn’t have wings.

It was a shame the launch was delayed a few days because of the weather. Not just because it meant all the exciting build-up of the original launch day was wasted – they very generously showed us everything, hours of uninterrupted coverage, from the two astronauts suiting up to the aftermath of the launch cancellation – but because I was at work when the Falcon 9 eventually did leap into the sky, and could only watch snippets of the coverage during my break. But when the Falcon did eventually fly if you listened very, very carefully you could just hear, above the roar of its engines and behind the whoops and cheers and chants of “USA! USA! USA!”, NASA’s bosses letting out a deep sigh of relief. Not just because the risky decision to pay a private company, run by a brilliant but egotistical billionaire, to design, build and launch a crewed spacecraft had paid off, but also because it meant the days of having to cadge lifts up to the ISS from the Russians were finally over. As they mentioned just a few times during the NASA TV coverage America had entered a new age, a new golden age of American astronauts flying an American spacecraft! From American soil! Yeah!

So is this a big deal? Really? Well, yes, it is, although it’s not the spaceflight revolution some are claiming. Crew Dragon isn’t the first reusable spacecraft – hello? Space Shuttle? – but it is a great piece of kit, and will hopefully give the US crewed space program a much-needed kick up the water-cooled backside and allow NASA to let SpaceX (and Boeing, if they get their act together and stop their Starliner capsule’s computers from having HAL-like breakdowns) take care of ferrying people to and from the ISS and start to plan seriously how to send expeditions to the Moon and Mars.

This was a real triumph for SpaceX, no doubt about that. Elon Musk isn’t God, despite what some of his army of worshippers think. He’s not Tony Stark either. But he doesn’t just talk the talk, he walks the walk, and every ambitious goal he sets himself and SpaceX he reaches, eventually, even if his timetables can be unrealistic and his Starship rockets have a habit of blowing up. His thousands of night sky-ruining Starlink satellites might be an abomination, but with Crew Dragon he might just have taken the shackles off NASA’s wrists and given it a chance to explore again.

The last astronaut to be launched from America was nearly a decade ago in 2011 with the space shuttle. Previously SpaceX has successfully sent un-manned flights to the space station in 2019 using automated docking procedures.

SpaceX transport system for crew and cargo will now be a gamechanger in this rapidly developing industry. 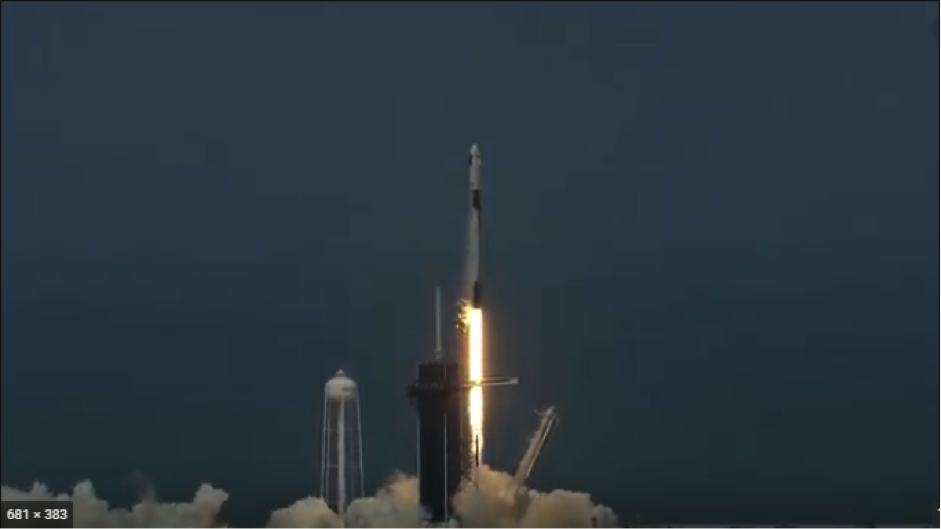 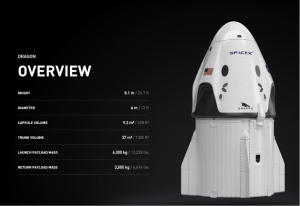 The Dragon spacecraft is capable of carrying 7 passengers into space. Source:
(https://www.spacex.com/vehicles/dragon/) 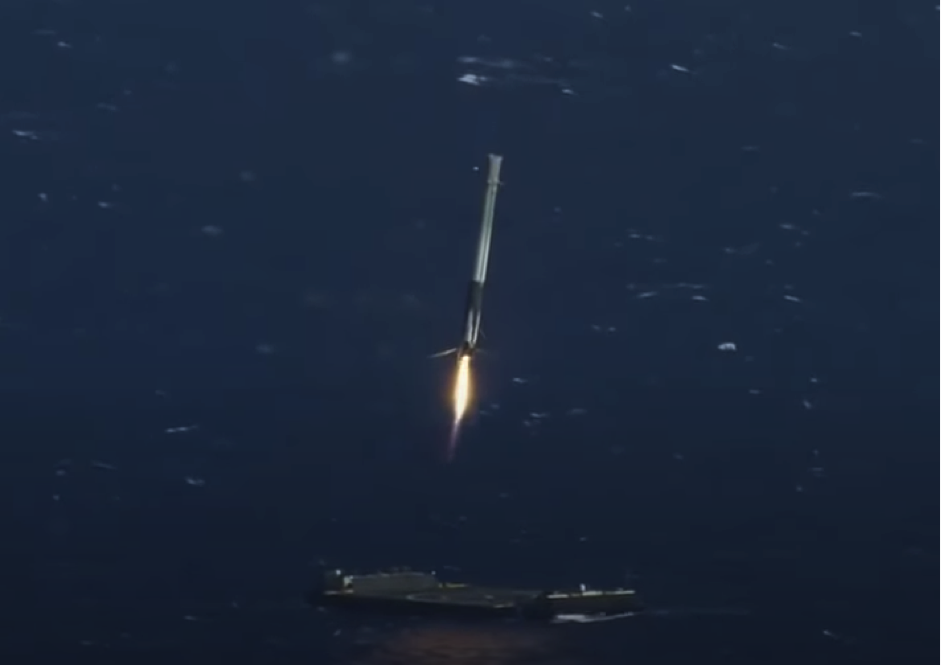 A unique feature of the Space X Falcon 9 Engine is its ability to land and be used again after delivering its payload
into orbit.

This video capturing the Saturday landing of the Falcon 9 rocket on a ship in the ocean is well worth reviewing. 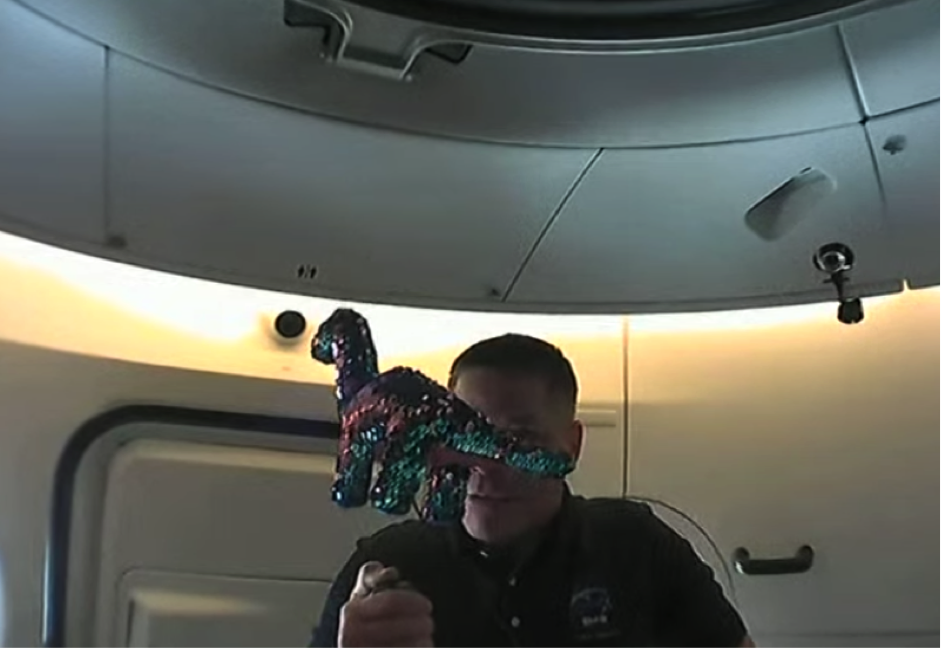 The “zero-G indicator” was deployed within the module shortly after second-stage engine shutdown!

Ups and downs of the SpaceX Industry

And just a day before the launch, SpaceX struck disaster at the test facility in Texas. On Friday a SpaceX prototype engine exploded after a couple of minutes of testing. This project is developing propulsion systems for the heavy lift Starship rocket to be used in future piloted and cargo flights to the Moon and beyond. 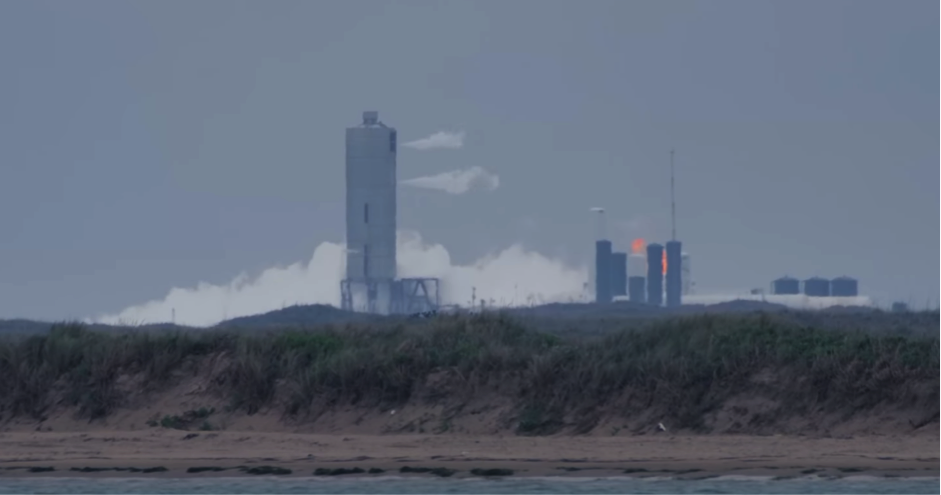 The Starships prototype engine being tested. The raptor engine is lying horizontally during testing. 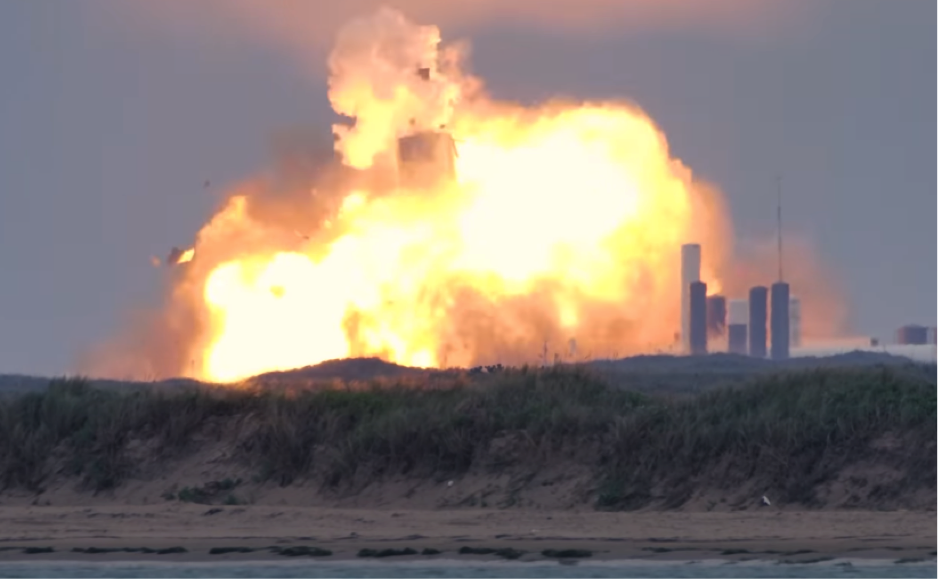 No reported injuries as a fireball engulfs the test site in Boca Chica Texas. 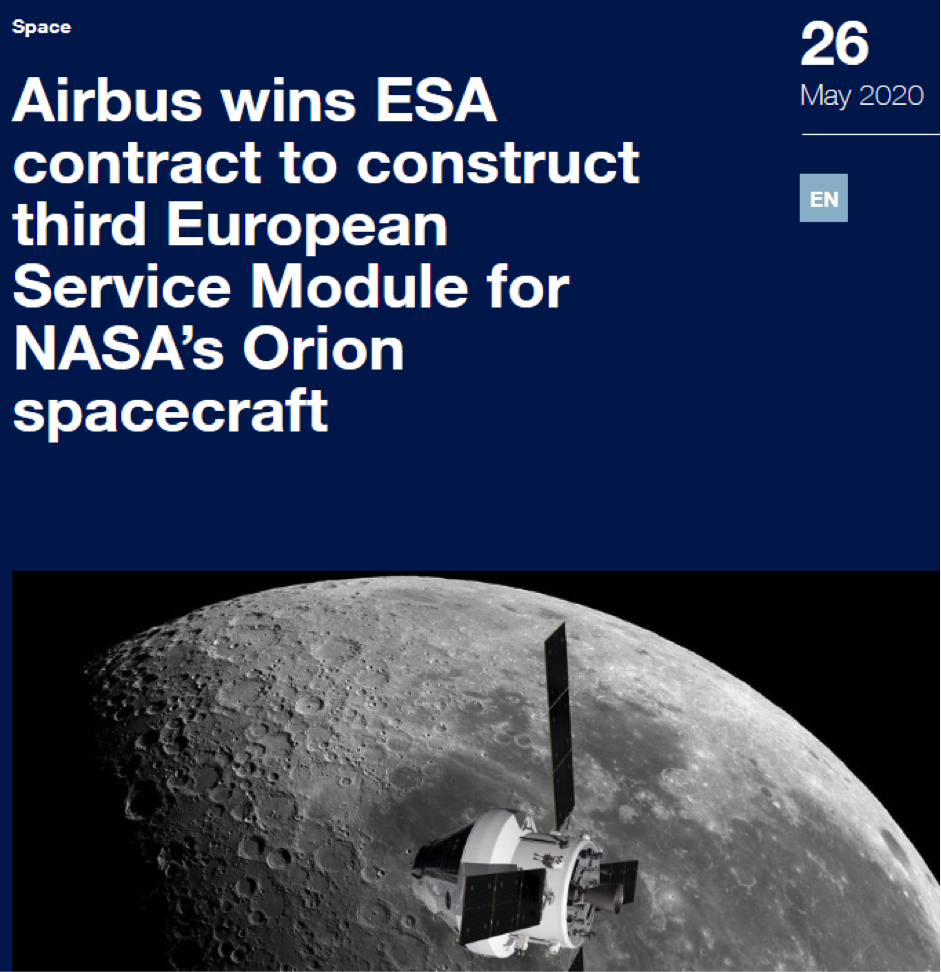 ESA – The European Space Agency in signing this contract last week with Airbus to build the third European Service Module (ESM) drives forward the Artemis III project that will be used to transport astronauts to the Moon. A large project involving a collaboration of commercial and international partners.

Exciting developments in the Artmis mission can be followed here. 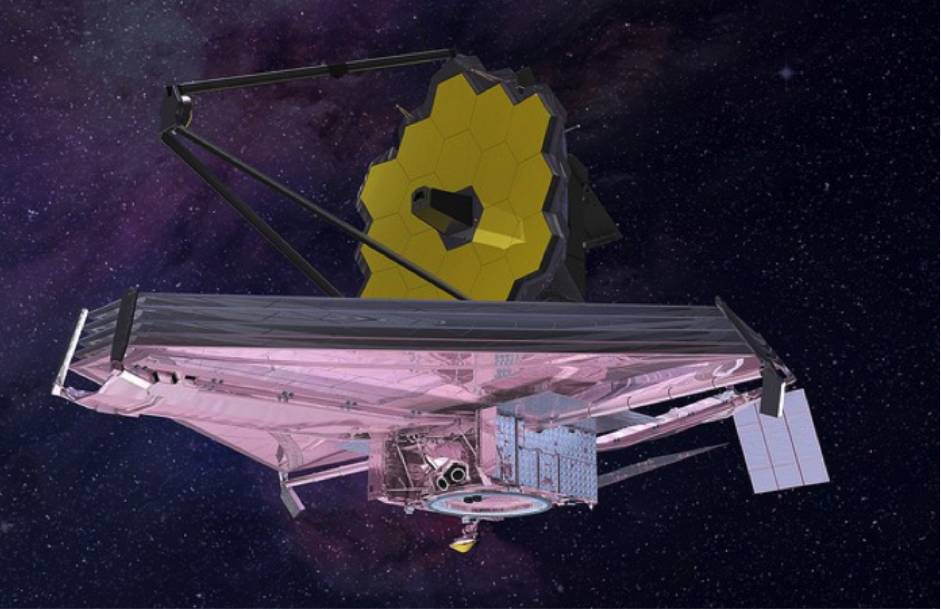 News recently from the James Webb Space Telescopes reports the largest and most complex space science telescope ever built has been successfully folded to the position it must be in when it is inserted into an Ariane 5 rocket. The project has been plagued by delays is set to launch next year.

This most interesting 10-minute video explaining how this huge space telescope will be deployed after its launch next year. 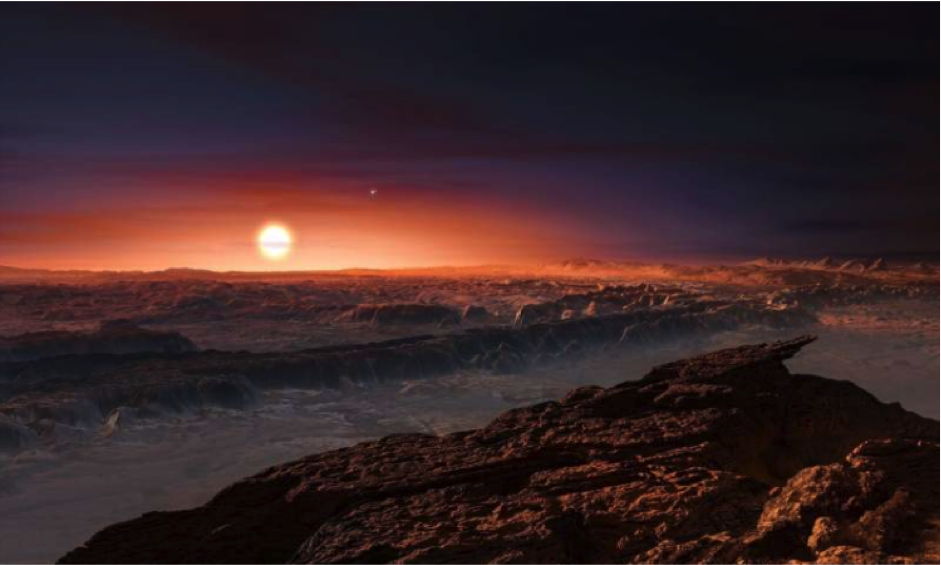 This is an artists impression of an Earth sized planet orbiting our closest star Proxima b which is around four light years from the sun.

The Earth sized planet (1.17 times the mass of the Earth) that orbits our closest star has been CONFIRMED by the unprecedented precision of a Swiss made spectrograph.

The Swiss instrument termed ESPRESSO is installed on the VLT (Very Large Telescope) that operates in Chile. Although the HARPS instrument, an older type spectrograph detected the planet 4 years ago the newer instrument improves upon the previous measurements by a factor of three.

Although the orbit is much closer than the Earth is to the Sun, Proxima b is much cooler. This means being closer to a cooler object the radiation received is comparable to the energy received here on Earth. It is thought liquid water could exist here and the planet would be a candidate for future biomarker research.

And finally, we end on a Supernova …

The first detection was on May 6th 2020 and AT2020jfo is described as a young , rising supernova in the nearby spiral galaxy M61. 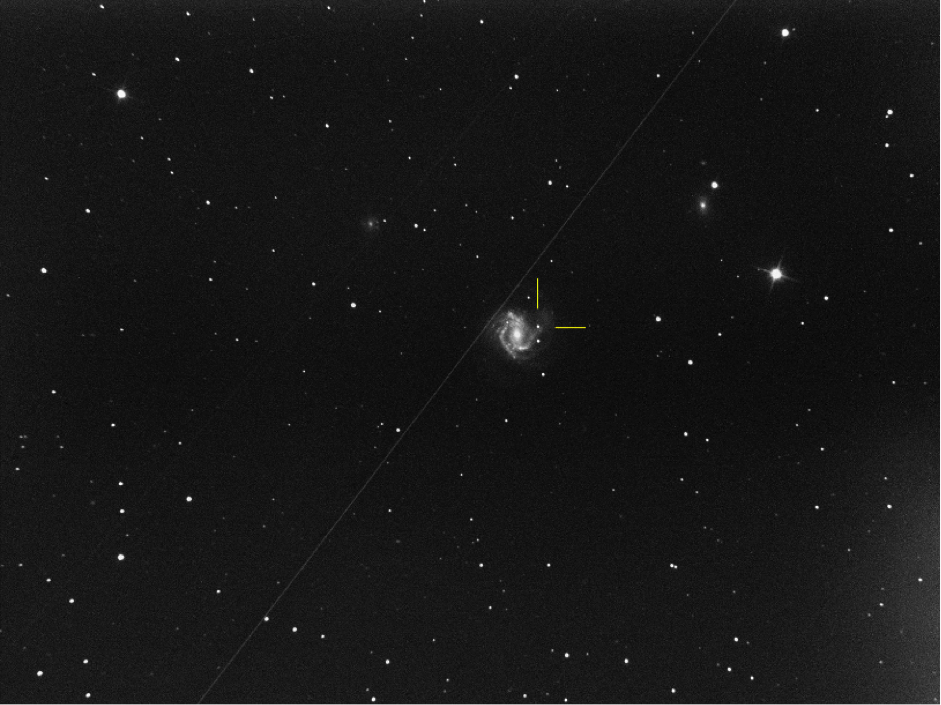 Many thanks to Ian Bradley EAS for sending the attached photograph of Supernova 2020jfo.

Further information on this recent outburst.