Links to the items raised:

One of our members presented results taken over two nights of measuring the light detected from two stars, using a QHY163c CMOS astro camera connected to a 10″ telescope, compared to the light received from nearby comparison stars of known magnitude – the technique known as differential photometry. The first star was a well known contact binary star system V523Cas (with a magnitude change of ~0.9 magnitudes) which acted as a useful and successful testbed for the photometry system. The low noise permitted the second study – the attempt to detect the transit of planet across the face of a distant star from a Kendal backyard. An online search (http://var2.astro.cz/ETD/predictions.php) on the next clear night, 10 December 2017, suggested the excitingly labeled XO-6b with a relatively large magnitude change of 0.013 magnitudes. This 10 magnitude star, 270 light years away, was measured over an evening of deteriorating conditions. The sky conditions deteriorated so badly that all stars dimmed by 50%! 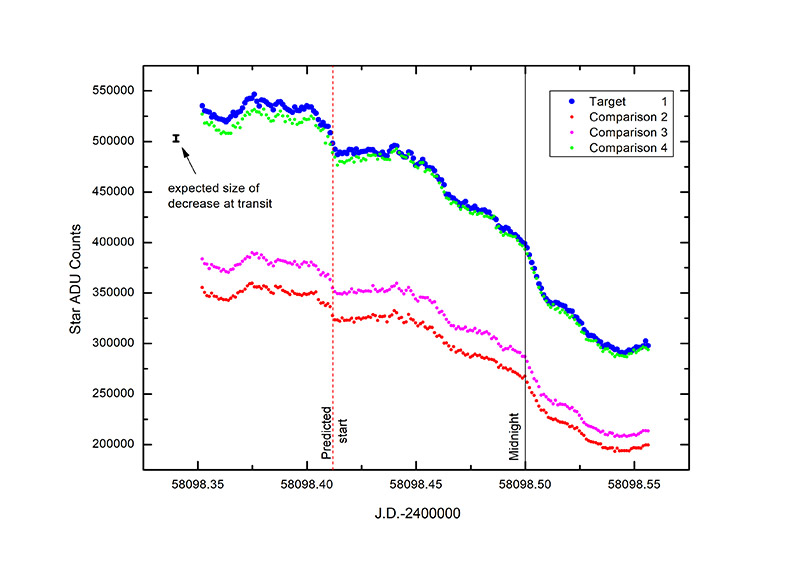 The change in brightness signal of the target star, blue, and three potential comparison stars during the night of the observations.

Nevertheless, comparisons with light levels from neighbouring stars indicated a 1.2% diminution of the light from the target star. The diminution is caused by an exoplanet, twice the size of Jupiter at 8% of Earth’s orbit radius, that transits the star approximately every four days. The timing and dip in brightness occurred at both the right time and expected size. 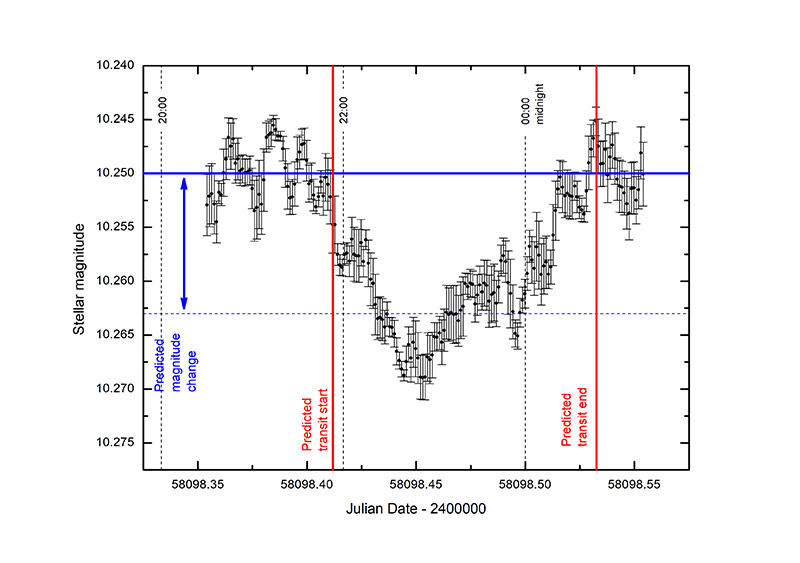 Smoothed magnitude change for the exoplanet transit across the face of the star XO-6b. 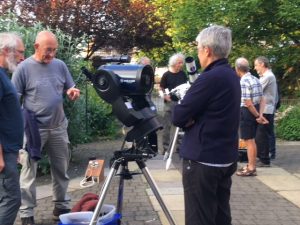 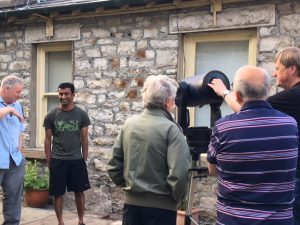 The second half of the evening was spent outside in the Museum grounds under a blue sky. Members and guests milled around asking questions and demonstrating their own telescopes, mounts and software.