The forecast of clear skies for Tuesday 20th February had been consistent for about three days, but within an hour of announcing the observing evening at around 4pm it had completely clouded over.  Such are the frustrations of organising events in Kendal.

So it was an act of complete denial to go and set up at Boundary Bank, and I was delighted to see that I was not alone.  At about ten past seven, the security lights switched off, the clouds lifted and we had horizon-to-horizon clear dark skies.  The cold dry air brought a clarity and transparency rarely seen in Cumbria.

A relatively small turnout of about a dozen members, but with three good telescopes to share there was plenty of eyepiece time for everyone.  Special thanks go to David Glass for giving so much attention to the new members and making them feel very welcome.  One commented how delighted she was that people were willing to share the views through such amazing kit – I had never really thought of it in that way.

What did we see and do?  A round up of the constellations – with mythology from Moira – emphasising the difference between the rotating northern horizon and the ever-changing southern horizon, some double stars from David, star clusters including The Pleiades and the Perseus Double cluster, a long look at The Orion Nebula (below, my photo from 14 February) at various magnifications, a fruitless search for Uranus very close to the Moon. 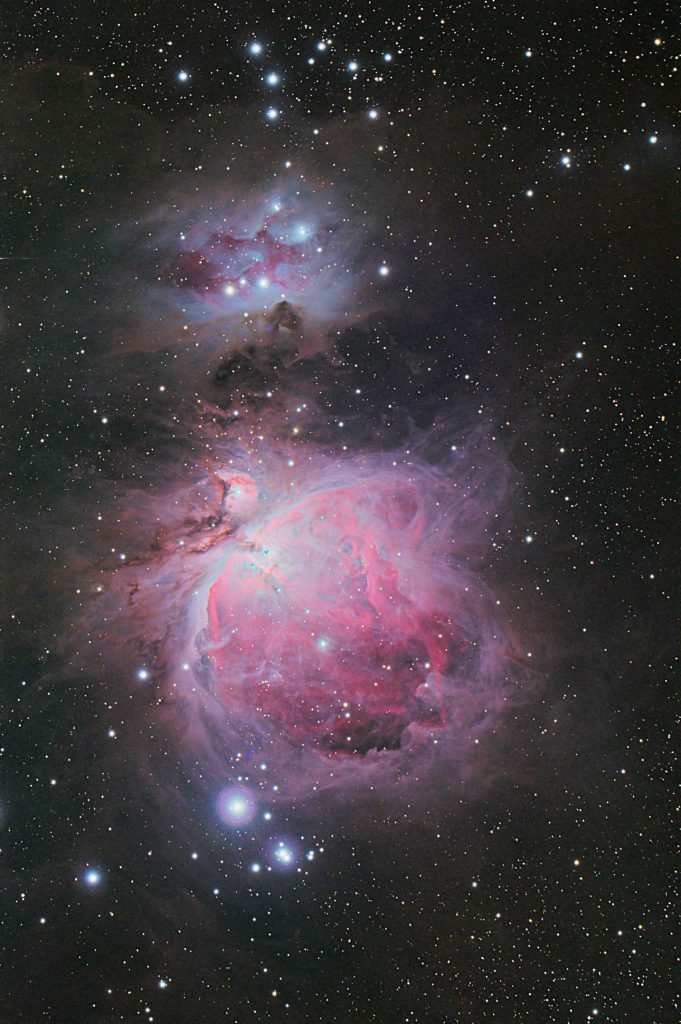 We finished with the Moon itself, an outrageously clear waxing crescent with fabulous detail around the terminator.  All in all, a very relaxed session with everyone just happy to be out.