About a dozen EAS members met at our regular Observing Evening spot on Sunday night, where the very kind staff at Boundary Bank had left the car park gate unlatched so that we could gain access.  There was a bit of a scare when the security lights failed to switch off at 7pm, but all was well when they went out at about ten past.

We managed a review of the constellations, with mythological references from Moira, and picked out some less-easy asterisms such as parts of Pisces.  Triangulum is now locked into my memory too.

Many thanks to David Glass for picking off some of the more difficult targets, M27 (The Dumbbell Nebula) and Uranus in particular.  I found  M57 (The Ring Nebula) and we marvelled at the clarity of M31 (The Andromeda Galaxy) in Ian Bradley’s generously lent 10″ reflector zinging around on my AZ-EQ6 mount.  We caught M32 nestled next to M31, and also M110 as an independent and clearly visible smudge in the same field of view.

Jane and Steve got their new Celestron working, yippee!

Ian Bradley left his camera running for the session, pointed at the North America Nebula in Cygnus.

David and I set a hare running with some ideas for short talks based on the objects we viewed.  Watch this space!

Two favourite moments for me were seeing M110 distinctly in the eyepiece, and identifying the star on the southern horizon pointed out by Wendy, as Formalhaut.  Now there’s a short lecture on astronomy history begging to be put together – here are the first and last slides of the talk, who’d like to fill in the gaps? 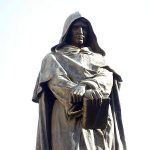 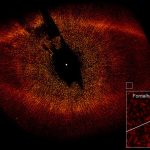 See you next time