On a recent holiday in the Scottish Borders near Jedburgh, I managed to find a short lived gap in the weather – between the strohg wind and the clouds, imaging was impossible. I drove about 10 miles from Jedburgh towards the Cheviot Hills and found [combining OS maps and Google Earth is wonderful!] a possible imaging site if the weather played fair. The site was brilliant with exceptionally dark skies and no light pollution.

Eventually it did for a brief time. I got set up with a few problems and lost some time by being greedy by trying to run two cameras simultaneously – one widefield in the hope of catching a few early Perseid meteors and one on a Williams Optics 72mm telescope on my Skywatcher goto mount. For some reason, focussing the widefield lens didn’t occur smoothly so as I saw cloud approaching, I started imaging with the WO scope and an astro-modified Canon EOS400D [the usual internal red filter that blocks the red light from nebulae has been removed]. I managed three shots – one of 3 minutes exposure, one of the planned four minutes [I was hoping for more] and one of 2 minute until curtailed by a flat battery. Then cloud arrived…

The image is of the North America Nebula, NGC 7000. Situated close to Deneb in the constellation Cygnus, it is a vast cloud of excited hydrogen. 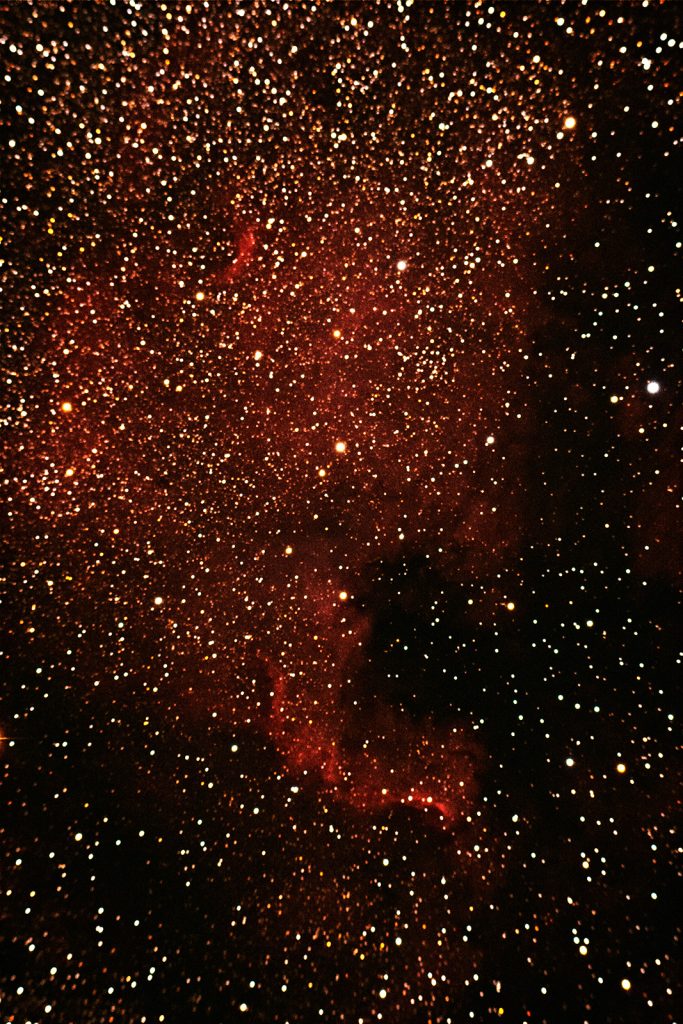 Moral, don’t be too greedy!