Nights are getting shorter as we approach June, and that means staying up later and later to see the sky at its darkest.  Astronomical twilight does not end until 23:41 at the beginning of May, and the sky remains fully dark for just three hours before dawn begins at 02:33.  By the end of the month, there is no astronomical darkness because the Sun does not dip more than 14 degrees below the horizon, well short of the 18 degrees required.

So what’s good and bright for viewing this month?

The planet Saturn reaches opposition (so it is “full” viewed from Earth, like a “full” Moon) on 10 May, and it is bright enough at about magnitude 0 to be visible even in urban twilight.  Rising in the constellation of Libra at around 9pm, it is well worth viewing in binoculars or a small telescope.  When you see it with your own eyes, with those rings, it is always a magical experience. 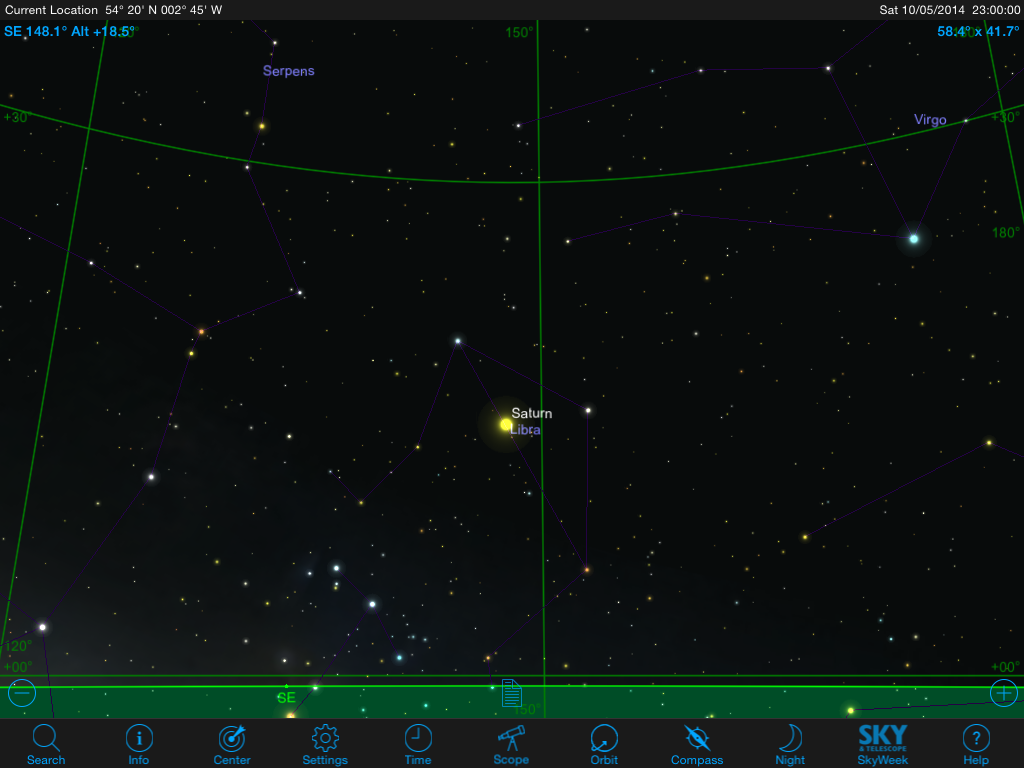 If you find a location with a wide view in a southerly direction, at about 10 or 11 in the evening, you will see Saturn (in Libra), Mars (in Virgo) and Jupiter (in Gemini) from left to right across the sky from West to East.  They trace out the plane of the ecliptic, the broad plane in which all the planets orbit the Sun.

The Sun’s nearest neighbour, Mercury, reaches maximum elongation (from Earth’s point of view, its greatest angle from the Sun) of 22 degrees on the 25th.  With visual magnitude of 0.6, it will be visible after sunset on the western horizon all month, but best on the 25th.

… are both still bright and easy to see in the evening, see previous months’ descriptions.

The astronomy world is getting excited about the potential for a new meteor shower, when the Earth passes through the debris from Comet 209P/ LINEAR on the 24th of May.  This is one for the early birds (or late, depending on your point of view!) as it will be best viewed before sunrise in the UK.  Unfortunately it is not expected to reach its peak until after sunrise. 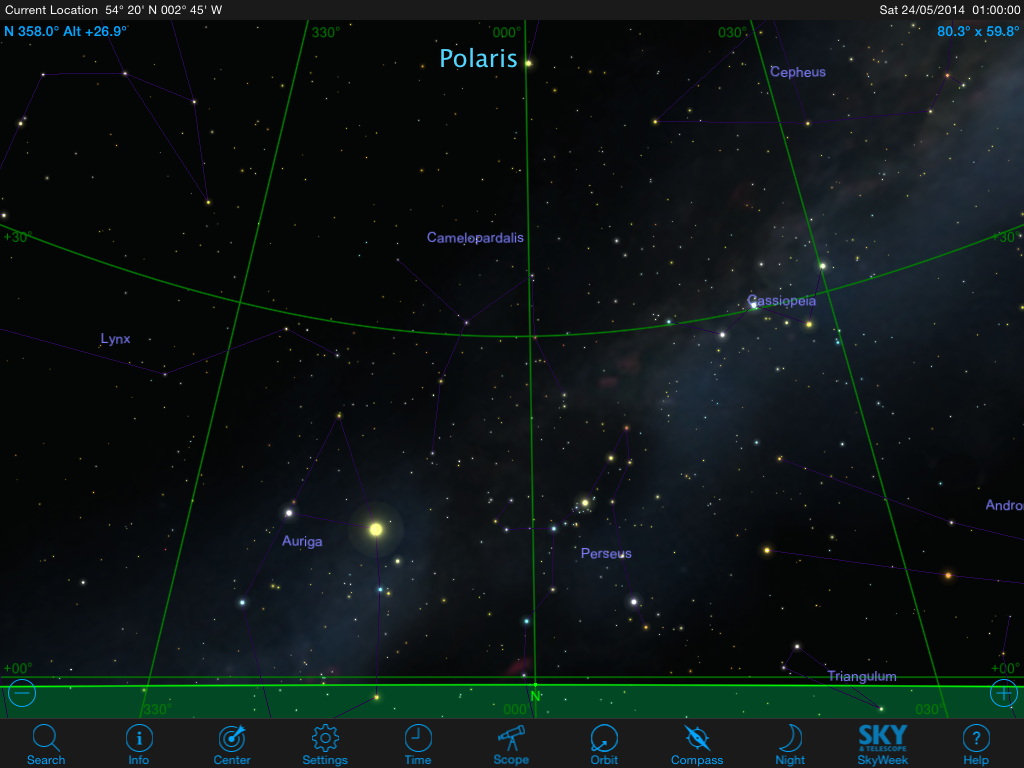 You will need a clear view of the northern sky, as the meteors will appear from the constellation of Camelopardalis, about half way between the northern horizon and Polaris (the Pole Star).  Members of the EAS will probably be at the northern end of Scout Scar from midnight on the 23rd until the rising Sun on the 24th spoils the view at about 3am or so.