June is the impossible month for stargazing at our latitude.  The Sun is no more than 14º below the horizon all month, which means we never even reach “astronomical twilight” (15º to 18º below).  So what can we look for in the night sky?

Saturn reaches transit (its highest point, looking South) at 20º elevation around midnight at the start of June.  Transit gets earlier as the month gets older, so by the time the month ends, it will be before half past ten, and still dusk.  Through binoculars or a small telescope, Saturn is always stunning to behold.  Its largest moon, Titan, will be at greatest eastern elongation on the night of June 7th.

Uranus rises at 1am at the end of the month, still more than three hours before sunrise.  It can be found in the constellation of Pisces.  At magnitude 5.8, it will need a very dark site or a pair of binoculars. 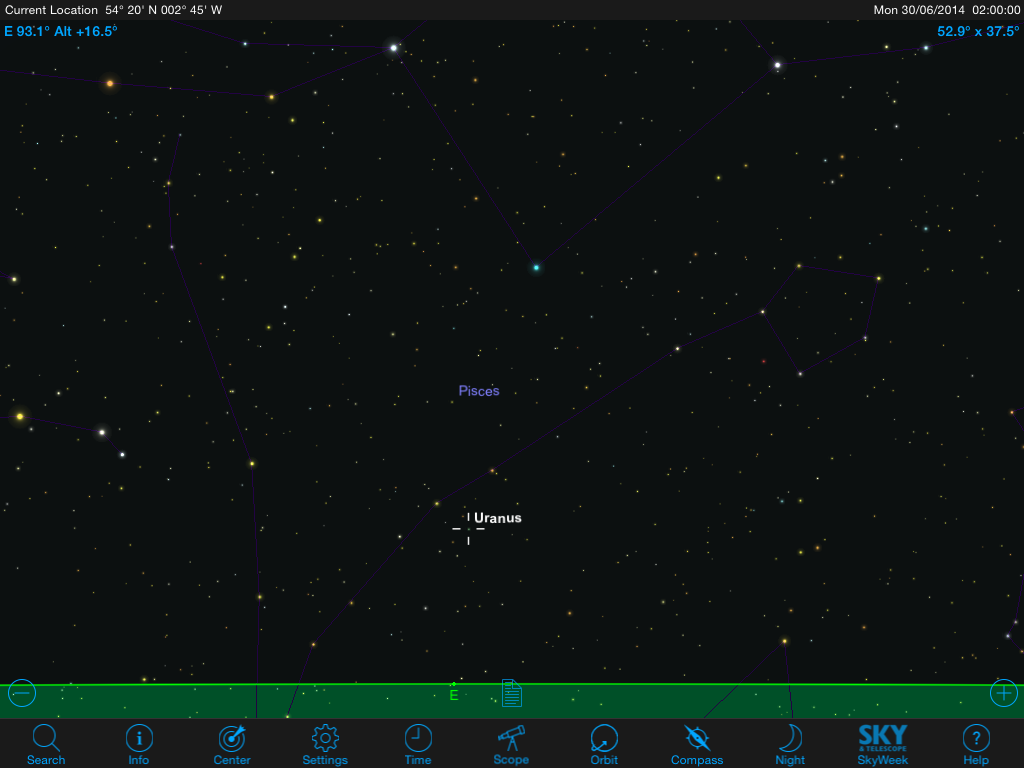 These two asteroids are going to be tempting the photographers this month.  At their closest in early July, they will be only 10 minutes of arc apart (that’s one sixth of a degree, or about a third of the Moon’s diameter).  Then, however, they will be setting low in the West as it gets dark.  Catch them in June, around midnight in the constellation of Virgo, just above Mars.  Even with a long lens they’ll still be in the same field of view. 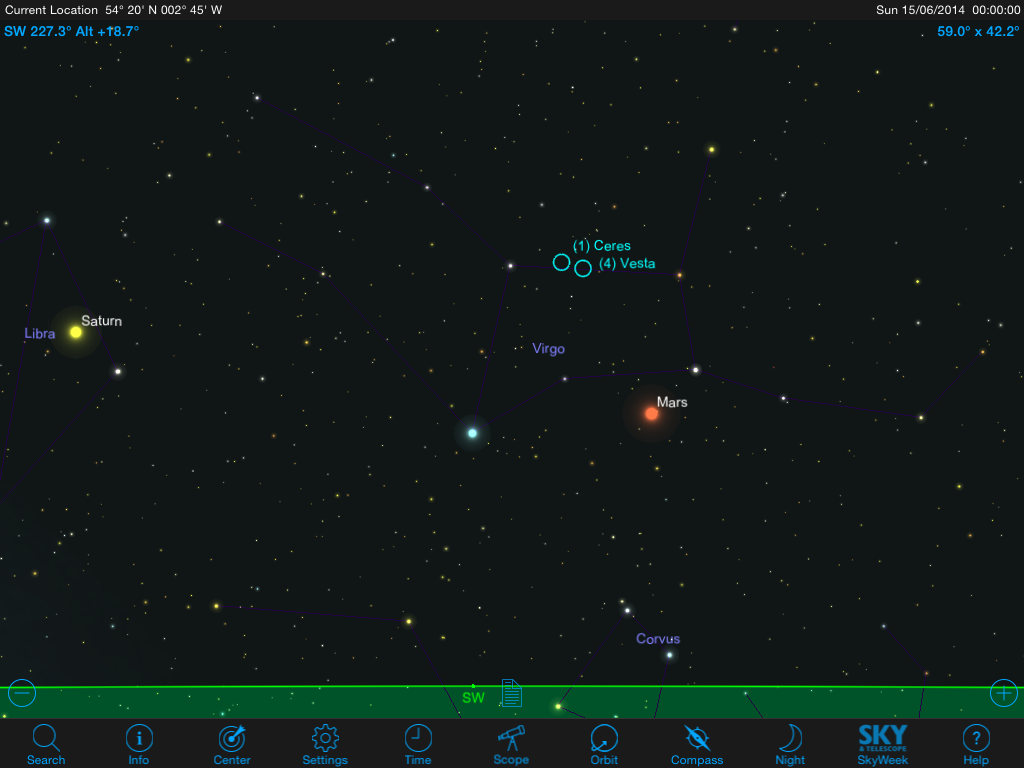 That’s about all that will persuade me out this month.  June is the time to read some astronomy books and magazines, clean the lenses, service the mount, ogle the lovely kit in the catalogues and look forward to nights closing in from next month.