Well 4 intrepid EAS members, me, Liz, Simon and Graham, made the trek down to Garstang for the annual N Lancs, S Cumbria astronomy societies Christmas dinner. The event was organised by PADAS [Preston and District AS] with Lancaster and Morecambe AS, Blackpool and Fylde AS and Barrow AS members usually present too. This was the first time EAS members attended. Not for the first time, the after-dinner speaker was Dr Alan Chapman FRAS, an eminent historian of science from Oxford University.

So how did it go – well the meal was good and Alan Chapman gave a fascinating talk on William and Caroline Herschell. He fluently spoke without notes for an hour and placed the Herschells’ achievements in the historical context of the time. William, born 1738 in Germany and died in 1822, was originally a musician but came to fame as an astronomer and composer, the latter to make money! He is, of course, best known as the discoverer of Uranus.

Anyway, a fine night and thanks to Graham for driving. Roll on next year! 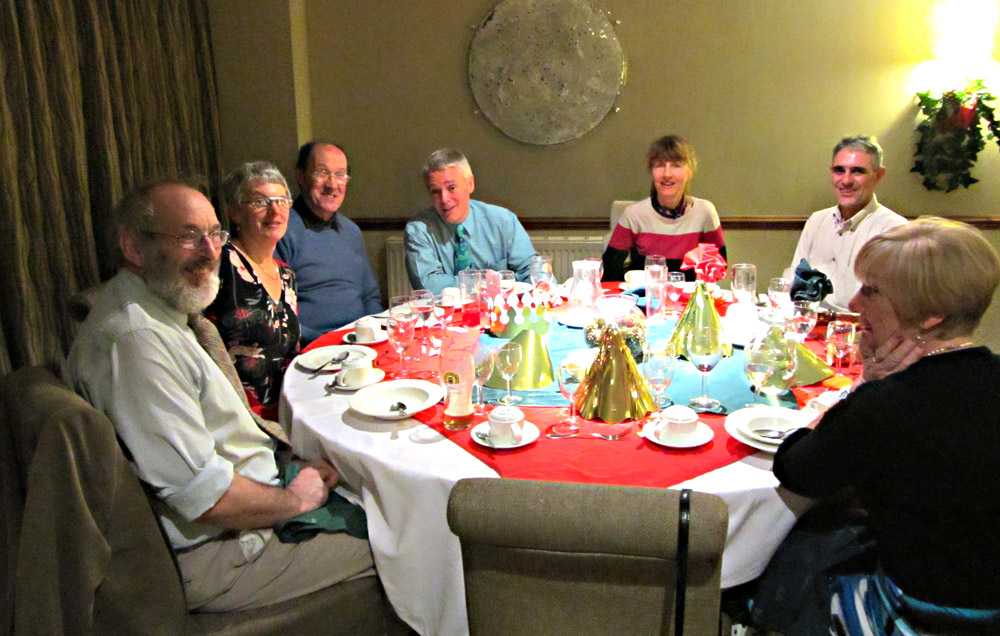