As mentioned at the last couple of meetings, I’ve been taking every opportunity to catch a photo of comet C/2012K1 (PANSTARRS) making its way across the night sky.  It has brightened to about Magnitude 8 at the moment, but as the nights get shorter around the summer solstice, it becomes harder to photograph a such diffuse object against a dark sky.

Here is my effort from last night (to be precise, early this morning), highlighting several issues that upset good astrophotography.  20 exposures of one minute each, stacked together with the 20 frames aligned on the comet – so the stars appear as short lines because the comet has moved a slight amount from one exposure to the next. 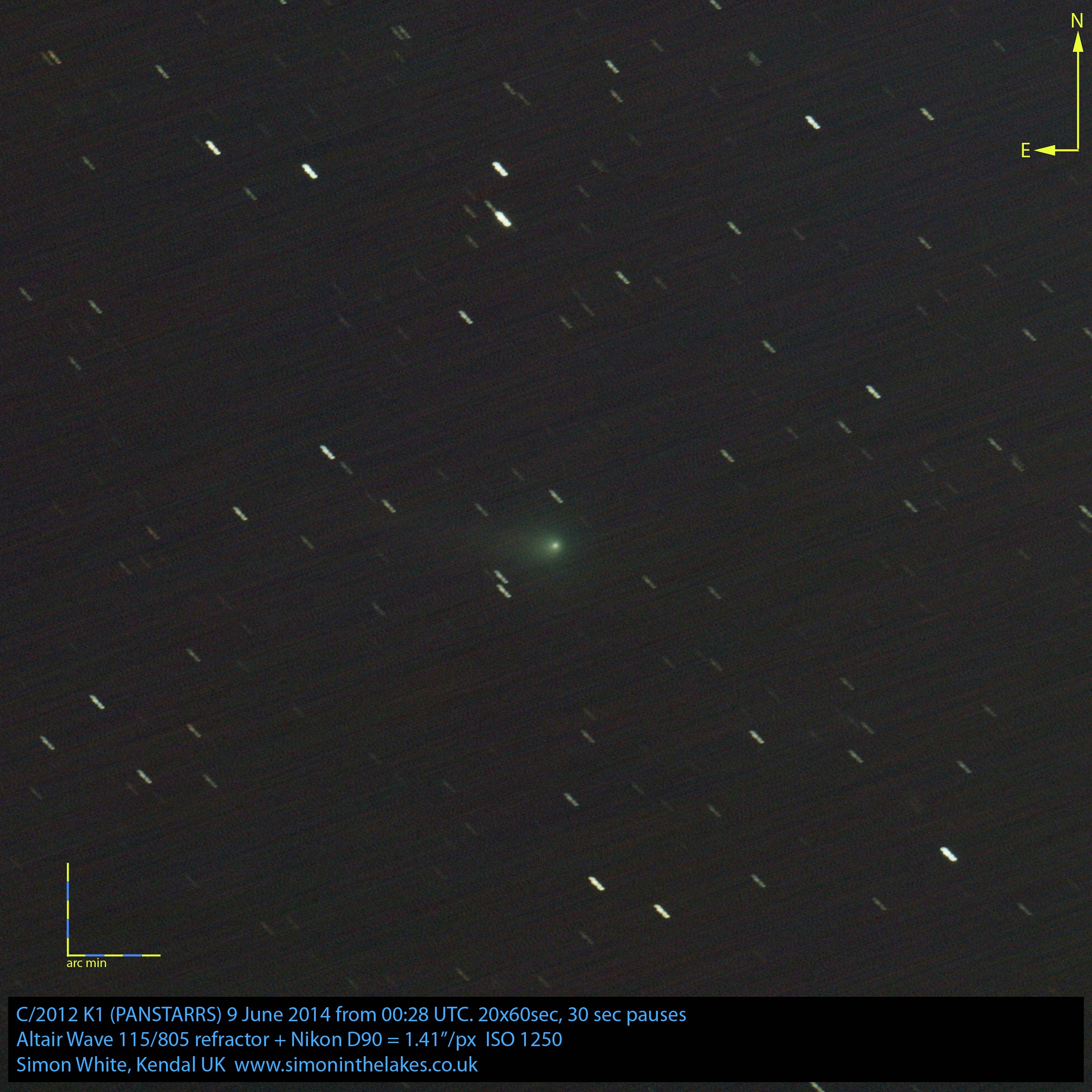 What are the issues ?

1.  At this time of year, the Sun dips only 12º below the horizon at night.  Full astronomical darkness needs 18º below (which won’t happen again until the 3rd of August), so in astronomical terms the sky isn’t really dark.

2.  The comet is visually only about 60º away from the Moon, which is also above the horizon and more than half illuminated.  The moonlight lightens the background even more than the twilight, making it hard to distinguish the comet tail.

3.  Although the sky looks clear to the eye – and there are no clouds visible – there is a high level of humidity (about 90%).  The humidity catches the moonlight and creates the illusion of streaks across the sky as the telescope mount tracks the movement of the stars.

4.  The comet is now only 25º above the horizon, which means it is being photographed through much more of the Earth’s atmosphere.

Compare the result with an earlier photo, which was processed identically to the above.  This one was taken on the 26th of April in full darkness, with no Moon, 60% humidity and the comet at an elevation of 83º (almost vertically above the observer). 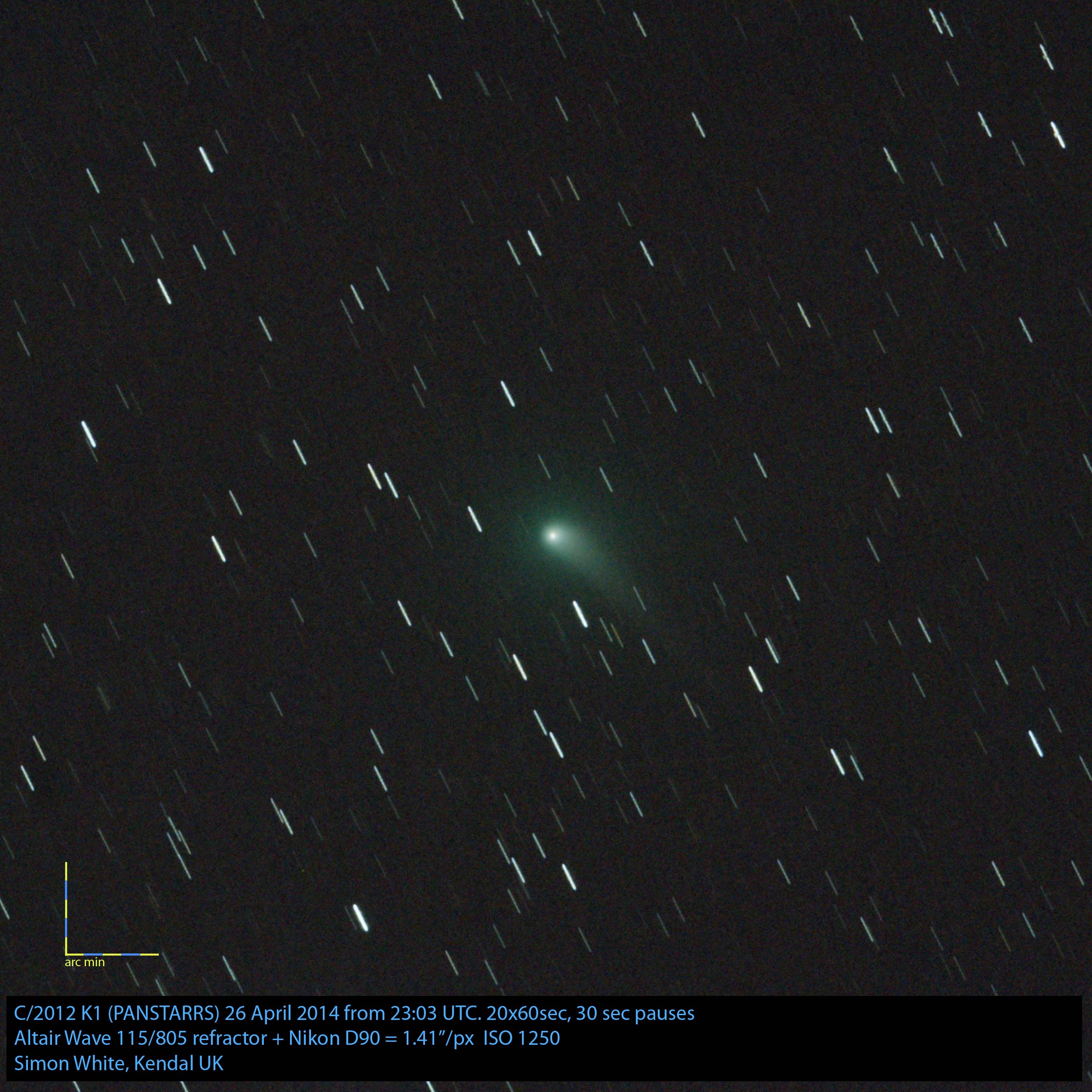 Even though the comet is a couple of magnitudes fainter, it is much more distinct in the photo.  Dark, clear skies are the key.

1 thought on “The importance of good skies”