Prompted by a full moon photo from our ex-chairman Ken Hough, I thought I’d try something different for me.

As a kid, one of my goals was to take a picture of the Moon when it was full. I think prompted by a picture in Patrick Moore’s ‘Observers Book of Astronomy’ which I read cover to cover. I thought it would be hard and I was right. I failed due to lack of equipment and ability. I knew nothing about photography, especially ‘wet’ film photography. A few years later I took slides but never attempted anything astronomical.

Now, many years later, owning an 8″ Meade SCT, I thought it’d be easy. I was wrong… I found that my 8” gave poor shots using the Canon SLR at prime focus. The 8″ scope was fine with a webcam [stacked etc. with Registax] for small fields of view, but the whole Moon was non-starter. However, with my “little” William Optics ZenithStar 66 Petzval ED Semi-APO  66mm f/6 (400mm focal length) aperture scope, I thought an experiment was worthwhile. Its large field of view would easily encompass the Moon on my Canon EOS 400D and stilI allow short exposures to get round seeing issues.

Last week May 13th, at nearly full moon [phase was 98.9%], I mounted the scope on a wobbly cheap photographic tripod and took a series of images from central Kendal with as fast an exposure as I could – 1/4000th ISO 800  – with the Canon camera at prime focus. I aligned 8 of these in Photoshop, overlaid them and then flattened the resultant, applied an unsharp mask and adjusted the levels to bring out some more detail – what is usually called stretching in astro-image processing. All the grainyness of the original images virtually disappered and I’m pleased with the result. Lots more detail than I’ve ever got before as my previous attempts normally looked washed out and bland. Really pleased. 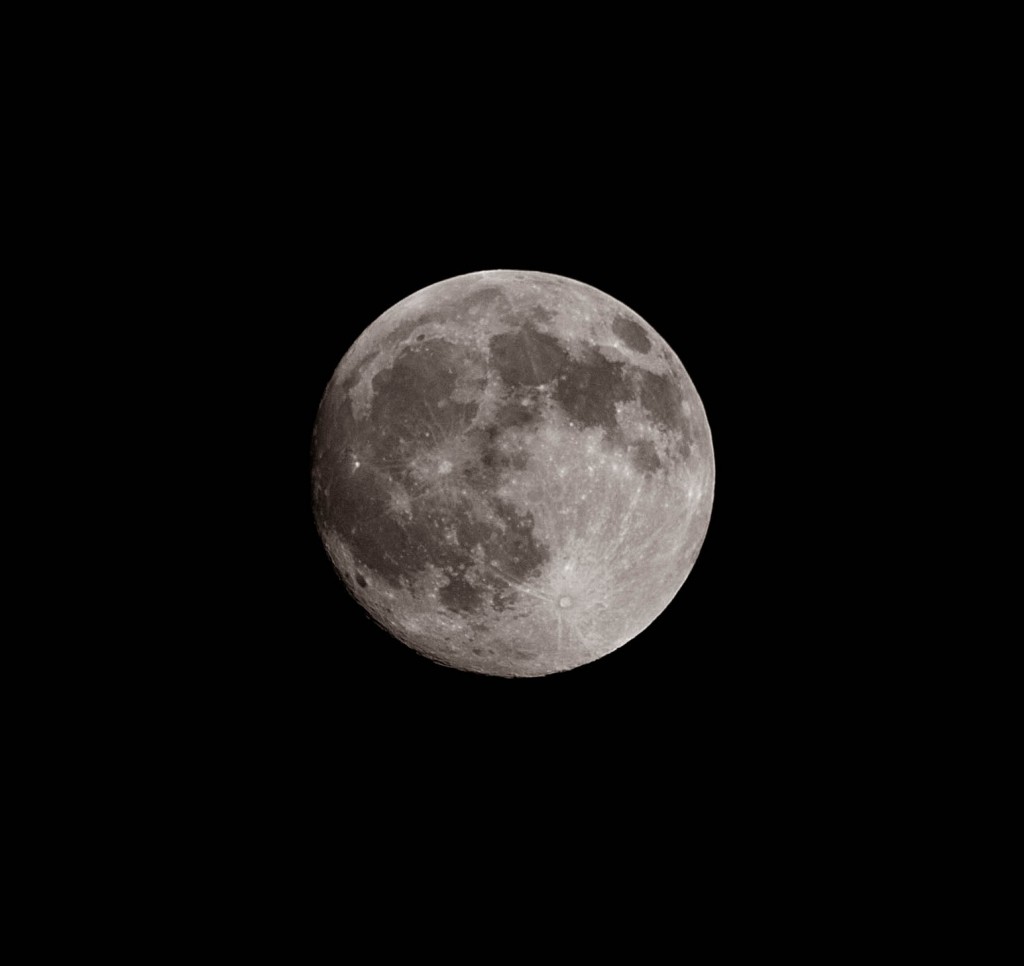